Board of Directors & Observers 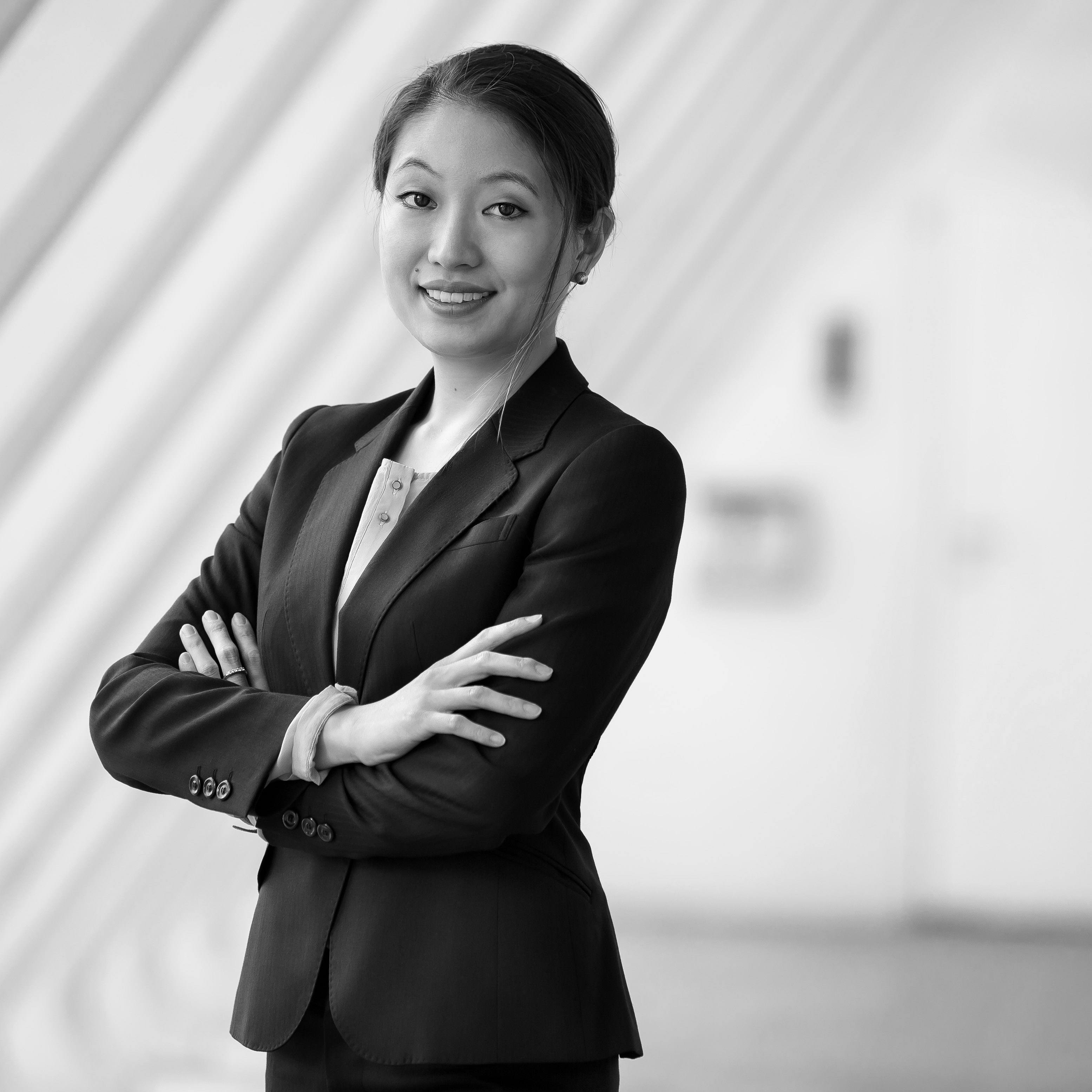 Marie Asano is currently Principal at the European Circular Bioeconomy Fund, responsible for investments in verticals relating to sustainable chemistry, bioeconomy and circularity.

Previously she was a Senior Investment Manager at High-Tech Gr&uumlnderfonds (HTGF), a German-based seed fund. At HTGF she invested in companies active in the areas of 3D printing, nutrition, biotech, R&D kits, hardware and animal health.

In addition, she was also the lead person for all out-reach activities relating to expanding the funds deal flow and network in the chemical sector.

Before beginning her professional career, Marie completed her PhD in nanochemistry/biophysics and polymer science at the universities of Liège and Bordeaux, after which she then obtained an MBA at the Collège des Ingénieurs. 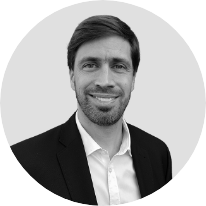 Patrik is currently General Manager Investments at MRBB, the holding company of the group Boerenbond (Farmer's Union), and CEO of Agri Investment Fund.

Having started his career as an external auditor at PwC, Patrik joined MRBB in 2004 and quickly found his passion in working for the benefit of the agricultural sector within the Boerenbond family. After successfully setting up and growing the internal audit department, he switched to investment management strengthening and professionalising the financial investment portfolio and monitoring the strategic investments. In 2021 he took over the responsibility of Agri Investment Fund, 100% daughter of MRBB and providing mostly venture capital in innovative AgTech start-ups.

He is a board member in both in mature companies like Arvesta, Acerta and Iscal Sugar and in several innovative AgTech start-up companies such as Aphea.Bio, Protealis, ViroVet and Animab. Patrik holds a master in Commercial Engineering (University of Leuven), a European Master in Public Administration (University of Leuven and Corvinus University in Budapest) and a Postgraduate in Finance (EHSAL Management School). 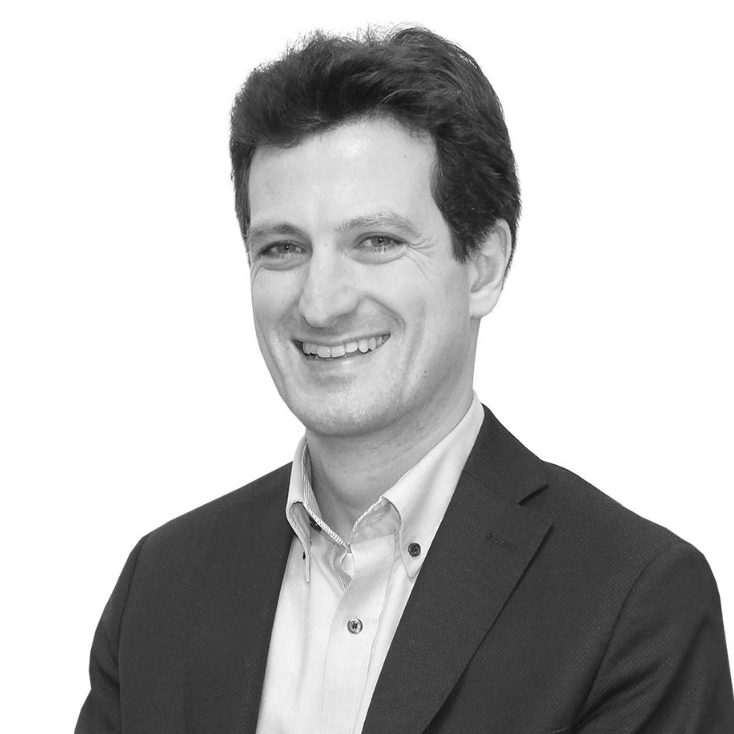 In his early career he mainly worked as a researcher in start-up biotech companies such as argenx. Before joining PMV, Thomas worked for almost five years at Modis Life Sciences where he was leading a small team of project managers and was also assigned as a project/program management consultant at Janssen Pharmaceutica, Belgium, to support several drug development projects across therapeutic area. In addition to Aphea.Bio, Thomas now serves as board observer at Biotalys.

Thomas holds a MsC in BioScience Engineering with a focus on plant biotechnology from the University of Ghent, Belgium, spent a semester studying abroad at the University of Natural Resources and Life Sciences (BOKU) of Vienna, Austria and has a post-graduate degree in Business Economics from KU Leuven, Belgium. 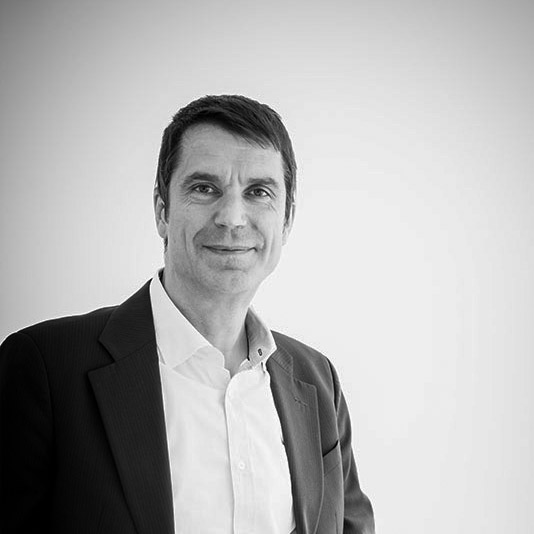 Willem Broekaert is co-founder and Managing Director of V-Bio Ventures.

Before setting up V-Bio Ventures, Willem spent over 15 years working in and growing VC-backed life sciences companies as entrepreneur, consultant and executive. He was founder and CEO of Fugeia NV (now owned by Cargill), and Vice President R&D of CropDesign NV (now part of BASF). Before joining CropDesign NV, Willem was professor of Plant Biotechnology and Plant Pathology at the University of Leuven, Belgium.

Willem holds an MSc and PhD in BioScience Engineering from the University of Leuven, Belgium, and a Master's degree in agricultural economics from IGIA/ESSEC in Paris, France. 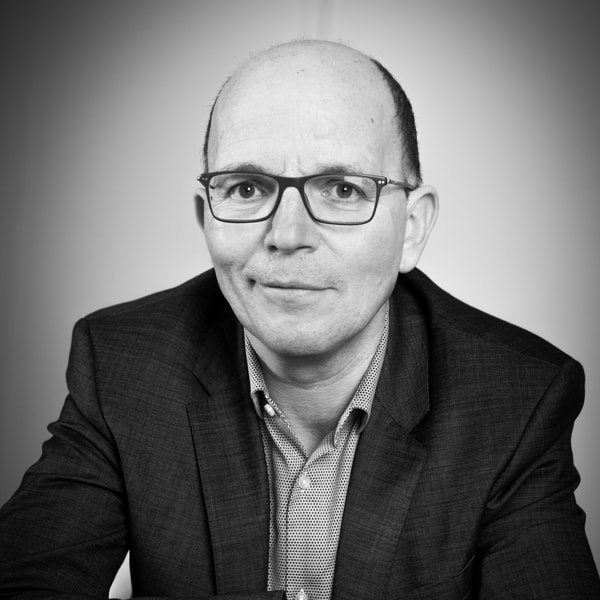 Johan Cardoen is an independent life sciences entrepreneur and advisor. He was from June 2012 until July 1, 2020, managing director of VIB, a life science research organization based in Belgium. In that role, Johan was responsible for VIB’s Innovation and Business Team and represented VIB on the board of several biotech companies such as ConfoTherapeutics (BE), Oncurious (BE), GlobalYeast and FlandersBio. In the past he held board positions in Actogenix (now Intrexon), and Pronota (now Mycartis). Johan Cardoen was also until July 1, 2020 chairman of the LP Board of V-Bio Ventures, a dedicated life sciences investment fund, which is focused on early-stage investments in life sciences and he held various independent board positions in biotech companies such as argenix BV from 2008-2011, Applied-Maths (now bioMérieux) from 2010-2016 and GST from 2019-2020 (Global Stem Cell Technologies, now Boehringer Ingelheim)., in addition he was Chairman of Flandersbio, the umbrella organization for life sciences and biotechnology sector in Flanders from 2007 until May 2012.

Today he is independent chairman of Meiogenix (an Institut Curie spin-off, FR) and board member at Biotalys (BE) and Aphea.bio (BE). Until May 31, 2012, he was CEO of CropDesign N.V., today part of BASF (Ghent, Belgium). He developed and implemented a dual track strategy (IPO/trade sale) which led to an acquisition of CropDesign by BASF in June 2006. From 1988 until 1999 he worked for Plant Genetic Systems (PGS) as Technology Acquisition Manager and Business Development Manager. Prior to joining CropDesign (July 1999), Johan was Global Head Technology Acquisition of AgrEvo Hoechst Schering/Aventis (now Bayer CropScience), and was responsible for all biotechnology-related technology acquisitions. Johan Cardoen received his Ph.D. in biology from KU Leuven, Belgium (1987) and a business degree from KU Leuven (1990). 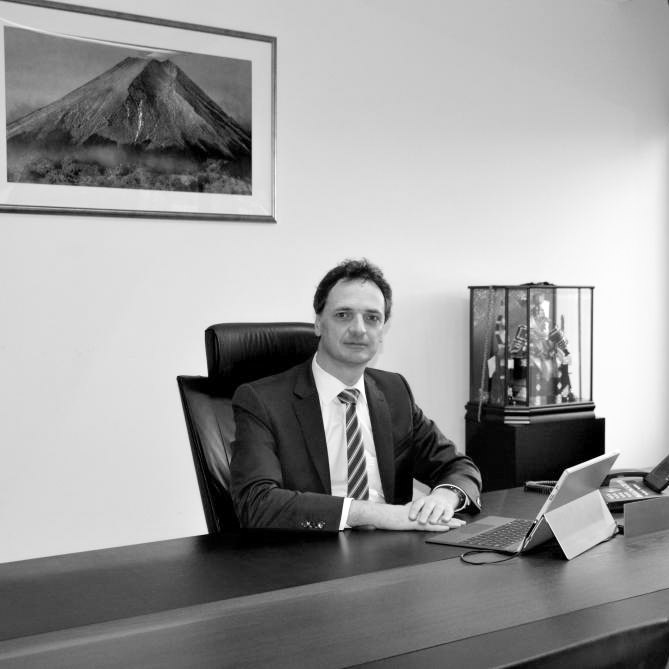 Johan De Saegher holds a PhD in Chemical Engineering and started his career as engineer with UCB in 1994 and held several operational and technical functions. After the spin-off of Taminco from UCB in 2003, he was part of the founding executive management team.

In 2005, he became responsible for the Crop Protection Business Unit, which was extended to Life Sciences including Feed Additives as Group Vice-President Life Sciences and Regional President Latin America and Asia. In 2012, he took up the function of Chief Operating Officer of the Taminco Group. After the acquisition of Taminco by Eastman Chemicals, he joined in 2015 Bi-PA (Biological Products for Agriculture) as CEO.

In 2018, he took the role of CEO at Belchim Crop Protection, one of the leading distributors in Europe. After the acquisition by Mitsui, he became COO of the Belchim-entity and board member of Mitsui Agriscience Internationa. Johan is Chairman of the Board of Aphea.bio. 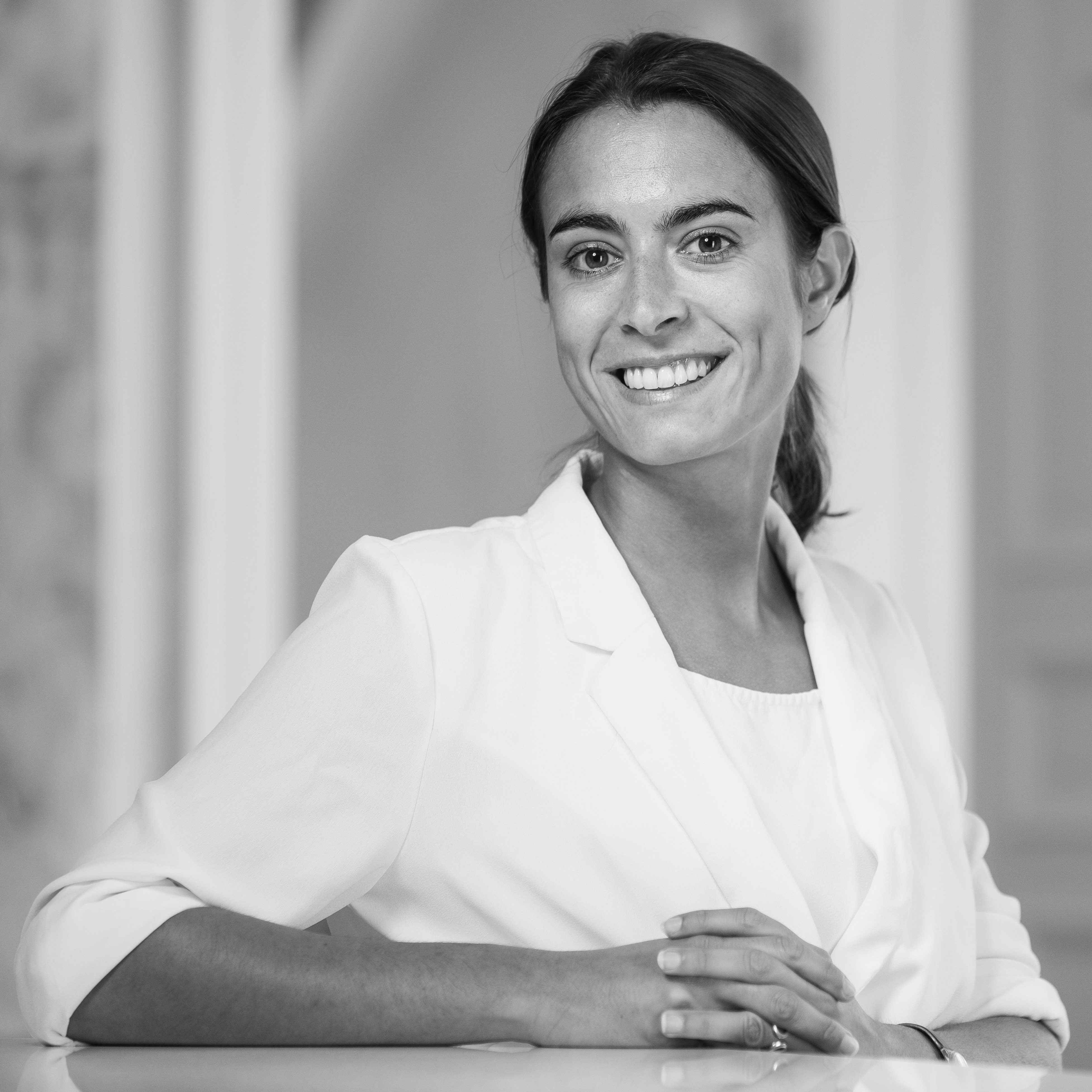 Inspired by her family's farming background, Laetitia has been deeply involved in the food and agriculture industry since childhood.

Laetitia joined Astanor Ventures in 2020, is particularly active in French and Belgian markets, and covers a range of topics from biologicals to traceability and aquaculture.

She has extensive experience in funding and accompanying tech start-ups from her time at Orange Ventures.

Laetitia is passionate about equal rights and is on the Advisory Board of Sista, a non-profit promoting equality between genders in Venture Capital. She holds a double degree in Business from HEC Paris and Fundaçao Getulio Vargas and speaks four languages. 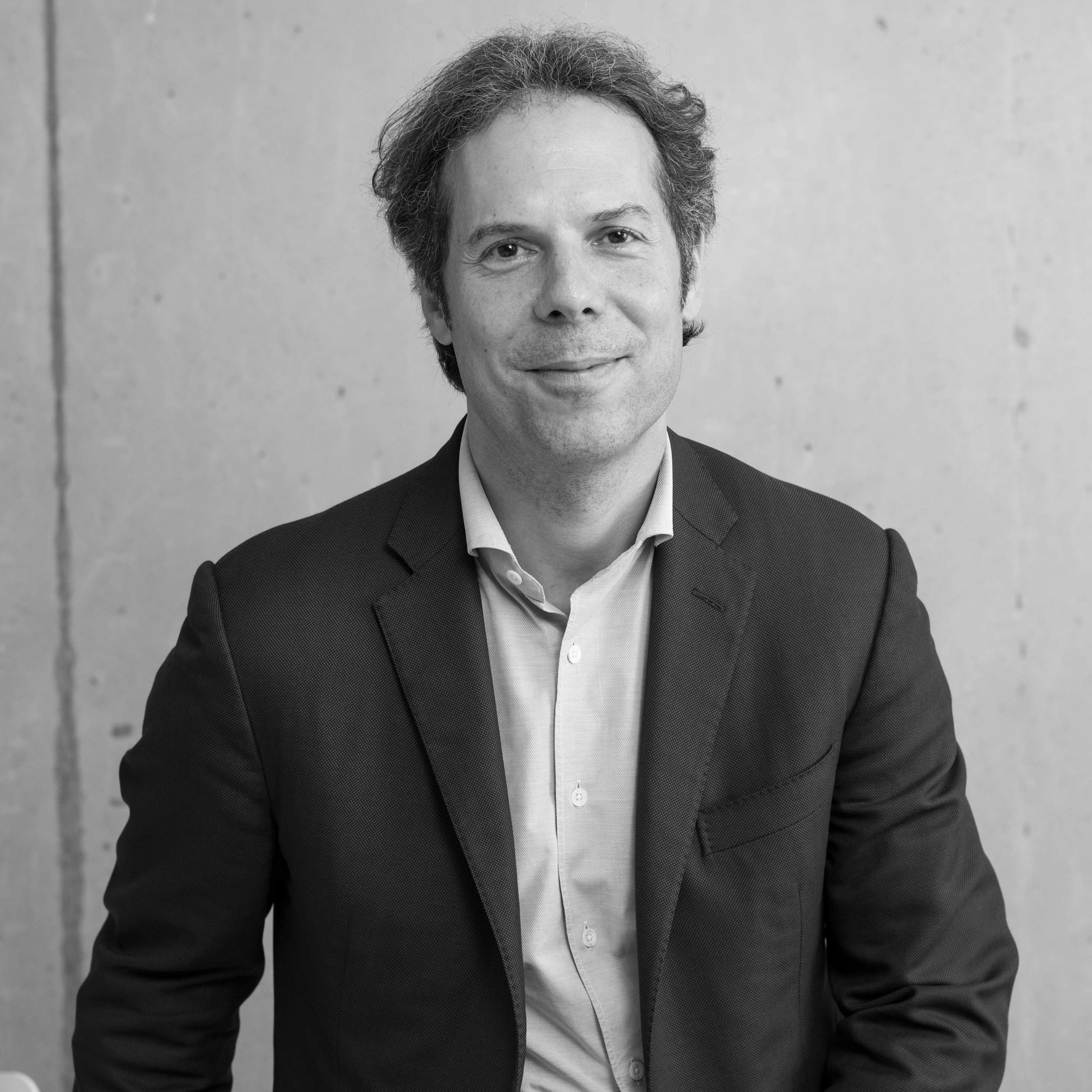 Today, Stéphane Roussel is is Venture Partner at ECBF.

He has more than a decade of experience in venture investment and in building successful corporate & start-up partnerships. Stéphane is managing an active portfolio and demonstrated profitable exits with € 80m under management.

He has a network of trusted relationships in the industry and in the VC world, in Europe, US but also Asia: Taiwan, Korea, China.

Stéphane has 25 years of track record in the advanced materials and chemical industry with depth of sector experience in Ag Tech and Aquaculture, Advanced and Bio-based Materials.

He graduated from the Ecole Polytechnique (France) and a holds a Master of Chemical Engineering. 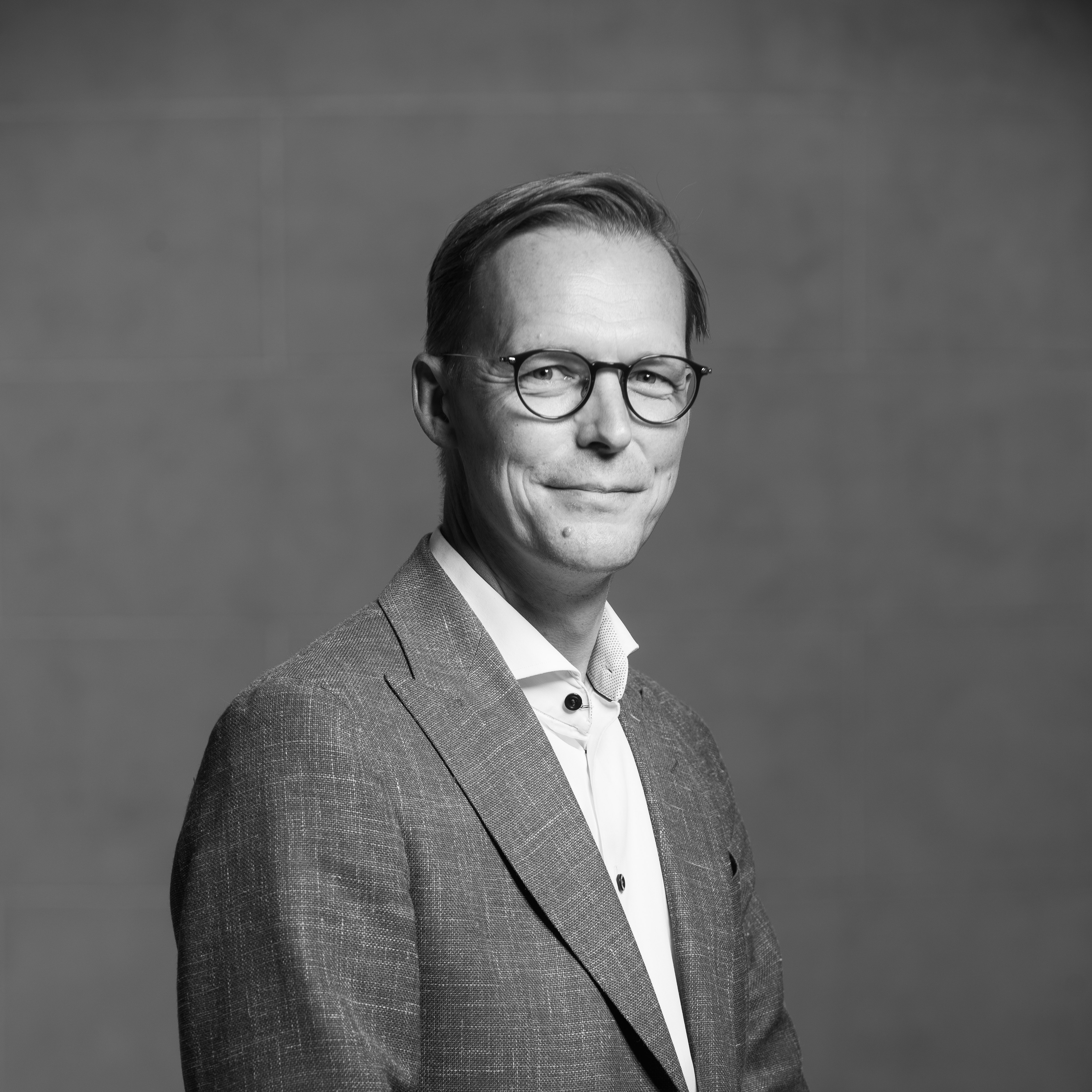 Hendrik is a seasoned senior executive with sound experience in finance, business development and venture capital.

Since January 2020 he is a partner at Astanor Ventures, an impact investor in the food-, and agtech space. Prior to Astanor, he worked for almost 20 years at Engie, one of the leading European energy companies.

Hendrik holds a master in Business Engineering, major corporate finance from the University of Leuven. He also holds several additional management certificates from amongst others the Vlerick Business School, Insead and London Business School. 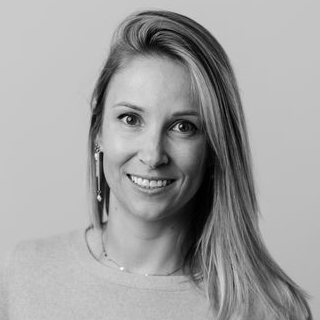 She has a background in life sciences and a passion for the valorization of innovative science. Sara obtained a PhD in Biomedical Sciences and for many years conducted or led research, both at the University of Leuven and Harvard Medical School.

Afterwards, she managed the clinical science at the One Brave Idea initiative in Boston, a research enterprise funded by Verily, AstraZeneca and the American heart Association.

Upon her return to Belgium and prior to joining the Qbic team, Sara worked in industry and managed a group in charge of clinical trials. 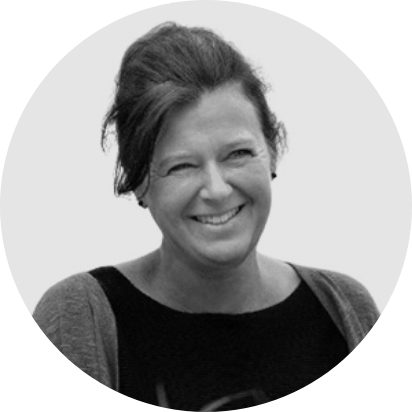 Isabel Vercauteren is the CEO and co-founder of Aphea.Bio. Between 2008 and 2016 Isabel was employed at Bayer CropScience where she held different positions in R&D with a strong focus on alliance management, technology licensing and new venture management.

Before joining Bayer, Isabel worked for four years at DevGen (acquired Syngenta in 2013) as manager responsible for the plant nematology group and as a project leader for the development of Bt rice for the Indian market.

Isabel holds a Ph.D. in plant molecular biology and a postgraduate in Biosafety and Regulatory in Plant Biotechnology from the University of Ghent, Belgium.